The OECD’s Economic Survey of South Africa 2017 suggests that the country needs wide-ranging structural reforms to pull itself out of recession.
The survey suggests a range of policy reforms, which includes encouraging South Africa to open key sectors – including telecommunications, energy, transport and services – to more competition. It also says that moving forward with the planned introduction of a national minimum wage will reduce in-work poverty and inequality.

One of the biggest focuses of the survey is around entrepreneurship, where growing small businesses is seen as a crucial element to boosting economic recovery and job creation, in a market wrought with high levels of unemployment and rising costs.

According to the OECD, the South African government has taken steps to ease requirements for starting a business, but red tape remains a burden, while the quality of the education system and lack of work experience contribute to gaps in entrepreneurial skills.
“There is scope to broaden the sources of finance and ensure that government policies provide both financial and non-financial support for entrepreneurs and small businesses,” the group said.

In presenting its data, the OECD also highlighted four graphs which show the plight of entrepreneurs in the country – a strong desire to start businesses, but not enough skills and too much red tape to make this a reality.

The first shows that, despite low entrepreneurial activity among the working population, there is a strong desire for entrepreneurial pursuits in South Africa, where entrepreneurship is seen as a very desirable career option, and the fear of failure is low, compared to other OECD regions. 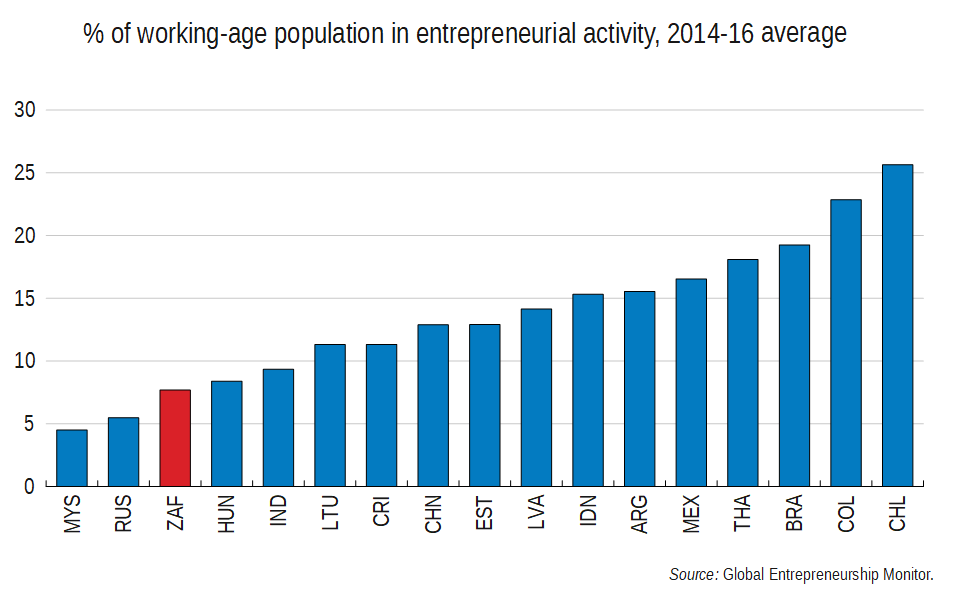 However, South Africans have lower skills, and low confidence levels in this field. 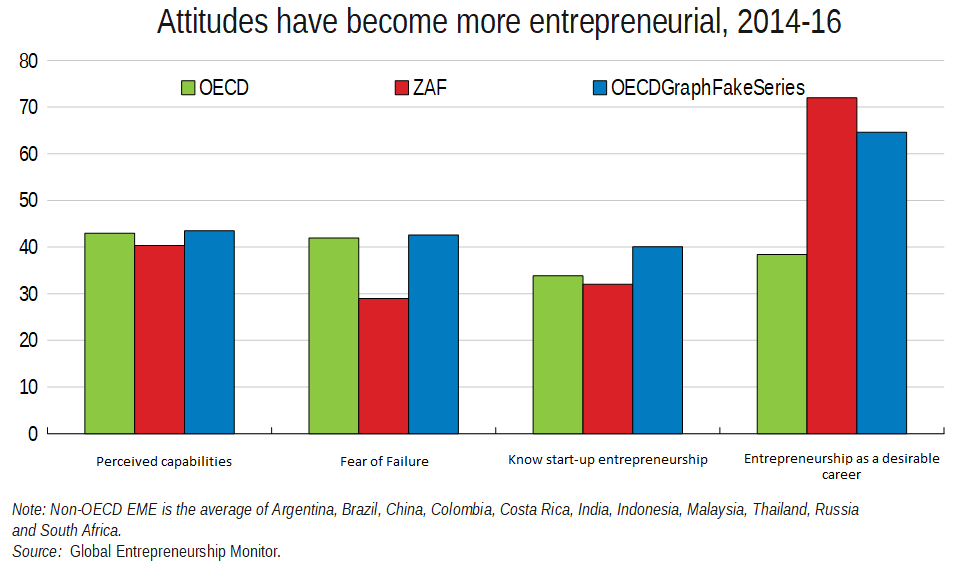 Another challenge for entrepreneurs is red tape – the regulatory hurdles faced by prospective business owners getting their companies off the ground. Of all countries measured in the report, South Africa was only second to Brazil in taking the longest time to start a business, taking 42 days to accomplish this.

In terms of regulation, it is also apparent that South African businesses have to jump through hoops no matter which sector they try to set up in. 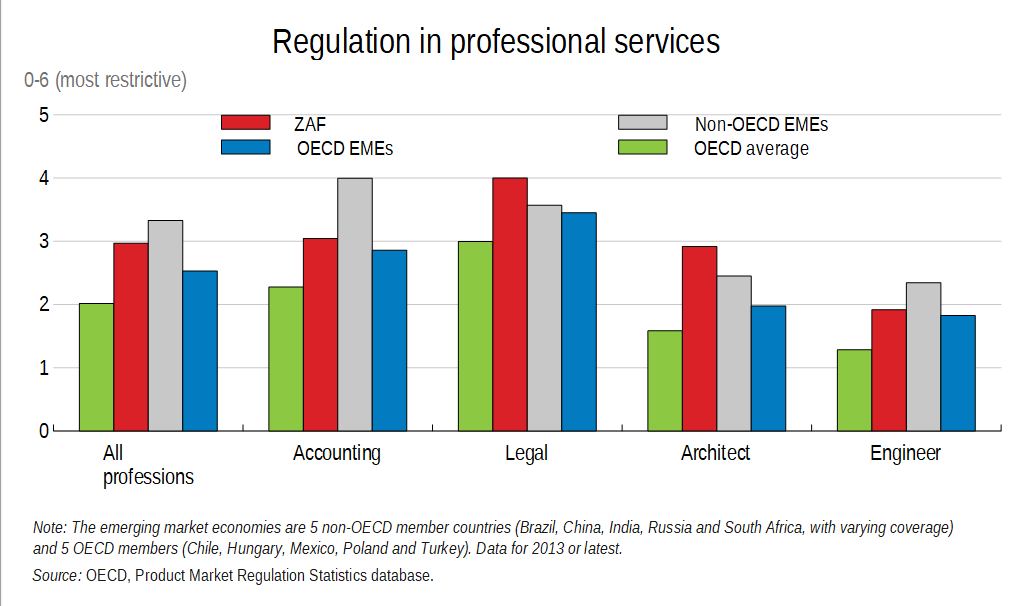 According to the OECD, South Africa needs to institute reforms to drastically reduce red tape in the country, particularly around licencing requirements. A focus should also be placed on education, with ‘second-chance’ programmes for early school leavers, and work placements in tertiary schooling.
Speaking at the release of the survey, finance minister Malusi Gigaba agreed with its findings, saying that boosting entrepreneurship and growing small businesses will contribute to creating jobs. “We also agree that, notwithstanding the above, entrepreneurship in South Africa is low compared to other emerging economies,” he said.

Gigaba said that, so far, steps have been taken to ease starting a business and the Department of Small Business Development is “currently addressing the red tape associated with starting a small business through simplification of procedures”.

The department of small business development was set up by president Jacob Zuma in 2014, and to-date has not produced much in the way of results. According to minister Lindiwe Zulu, over the past three years, the department has “successfully put small businesses and cooperatives firmly on the national agenda” and brought a “high level of awareness within government”.
Downloaded on 26 July 2017 from https://businesstech.co.za/news/business/187529/4-graphs-that-show-why-its-so-tough-to-be-an-entrepreneur-in-south-africa/