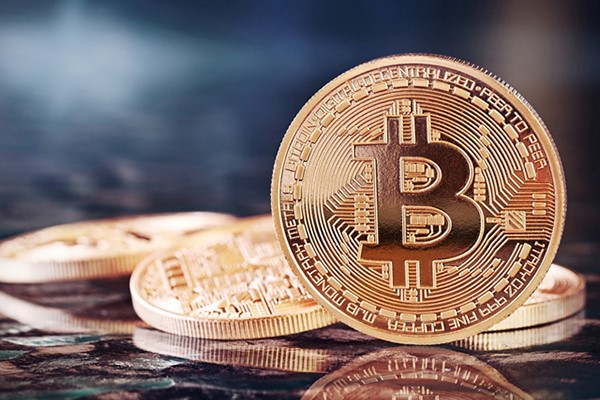 When I began to teach in 2012, I decided to start my course with an analysis of how money affects social order. What my students found particularly fascinating was the then-nascent world of cryptocurrencies, which I described at length as a crucial feature in the future of money.

Some colleagues criticised my approach. They accused me of indirectly encouraging students to invest in what they saw as a shady, crime-ridden financial underworld. But I was simply exposing young minds to a fast-evolving, complex phenomenon that in my view would have a major impact on power distribution in the global economy.

Behind most cryptocurrencies is a simple technology known as “blockchain”, a system residing in multiple computers that allows for peer-to-peer financial ledger recording of all transactions occurring in a network. This results in a transparent open-access registry of monetary flows which makes the intermediation of banking authorities unnecessary. Thus it challenges the conventional belief that money can only work through central planning.

As I explain in my book, Wellbeing Economy: Success in a World Without Growth, money systems are undergoing an unprecedented transition from centralised authority to decentralised networks.

Conventional money is managed by states and banks, with users on the receiving end of monetary policy decisions. By contrast, most alternative currencies are peer-to-peer. That means they are managed by users themselves and do not require intermediaries. Some of them have global outreach thanks to digital technology, while others are locally based.
Take BitCoin, the most popular peer-to-peer currency in the world, with a market capitalisation above 40 billion US dollars. A person buying the equivalent of $1 in BitCoin in 2009 would now possess roughly $25 million. One BitCoin is currently equivalent in value to two ounces of gold. Other rising stars include Ethereum, Litecoin and Ripple.

Taking the world by storm
Many of these currencies remain quite volatile in the short term. Their upward and downward swings reach over 10% of the value on a weekly basis. But the long-term trend is impressive. States are warming up to them.

In April 2017, Japan accepted BitCoin as a legal payment method for retail markets. After threatening digital currencies last year, the Russian government took a U-turn. President Vladimir Putin met the developers of Ethereum and committed to recognising cryptocurrencies in 2018.

Following an initial freeze, the People’s Bank of China readmitted withdrawals in BitCoin in June 2017, catapulting the currency to new heights. In the US, cryptocurrencies are becoming increasingly accepted as both a method of payment and store of value.
The Australian government will soon make it easier for new innovative digital currency businesses to operate, exempting traders and investors from goods and services tax.

It’s clear that cryptocurrencies will in the near future become much more common as methods of payment for a wide range of purchases, from online shopping to the local supermarket.

Developing countries are leapfrogging
Developing economies, too, are opening up to cryptocurrencies. In Venezuela, BitCoin has become the leading parallel currency. It provides millions of citizens with an opportunity to perform transactions and generate livelihoods, including buying food and other basic necessities in a country where official money is worth almost zero. It also allows them to purchase goods from overseas, overcoming ever-stricter capital controls.

In East Africa, local innovators have introduced cryptocurrency systems to support cross-border transactions, as exemplified by initiatives like BitPesa.

In South Africa, cryptocurrencies are becoming particularly popular. In Nigeria, local traders and activists believe this new money presents an opportunity to democratise the economy. This is propelled by the fact that people in Nigeria have been failed by conventional money.
According to my colleague Verengai Mabika, founder of BitFinance in Zimbabwe, the collapse of his country’s formal financial system has made BitCoin an attractive alternative. This is especially the case for online payments, which are restricted by banks, and for remittances, which constitute the backbone of the economy.
A growing number of Zimbabweans are also using cryptocurrencies as a saving mechanism (37% of all Bitfinance customers use it for that purpose), Verengai tells me. This is after the massive loss of personal savings during the hyperinflation period of 2008, which led to the collapse of the country’s banks.

Decentralisation and local economic development
The decentralisation of money is indeed at the core of this new trend, with potential repercussions in other fields. For instance, Ethereum is designed as a smart contract platform, that is a trading system completely based on peer-to-peer property rights. FairCoin was developed as the preferential currency for cooperatives, social economies and fair trade networks around the world.

Cryptocurrencies are just the tip of an iceberg. According to recent estimates, there are over 6,000 complementary currencies in the world, over 50 times the number of conventional money systems. Most of these are user-controllled and are interest-free. One cannot make money by simply trading in them.

Hoarding makes no sense in this new world. This is because value is not in the accumulation but in the exchange. The scope is often limited to certain territories or types of transactions (for example, personal care, sustainable mobility and local trade). This creates an incentive to support local economic development and forms of exchange that are valued by communities of users.

Regiogeld, a network of local currencies which I studied when I was a researcher in Germany, has proliferated throughout the country. It has become the world’s largest system of local currencies, supporting small businesses and empowering communities. In the near future, we will have a variety of money with different qualities and different purposes. This will make economies more resilient against shocks and will support more equitable and sustainable development, by putting users in the driver seat and reinforcing local economic development.

As my research demonstrates, a combination of regional, national and local currencies could also be the best way forward for the European Union, engulfed by its monolithic and unsustainable euro, and for any other process of regional integration, from Africa to other continents.
Downloaded from https://businesstech.co.za/news/finance/183093/__trashed-11/ on 26 July 2017